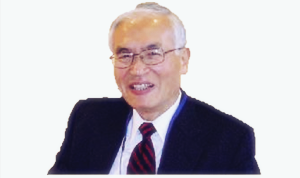 buildingSMART Japan（bSJ hereafter）was inaugurated in 1996 as a private organization IAI（International Alliance for Interoperability). BIM gained awareness by the industry around 2008, and at the time the word BIM was mostly unbeknownst to most people. As being a private organization will not have the ability to be a party with powers and duty in the industry, in 2004 we became a limited liability corporation, and became a general incorporated organization in 2009 due to the abolition of the intermediary corporation law.
bSJ as the Japan branch of buildingSMART international (bSI hereafter) proposed the ST-2 reinforced concrete model in the 1990s, requiring high technical abilities in the operations of bSI resulting in Japanese members to voluntarily complete work which would otherwise have to be completed by professionals requiring compensation to develop IFC and contribute to the ISO accreditation of IFC.
Japan’s presence in bSI has been getting stronger in ways such as a Japanese member becoming part of the bSI Strategic Advisory Council. In 2012, the Ministry of Land, Infrastructure, Transport and Tourism CIM System Investigation Committee, CIM Technology Investigation Committee evolved into the CIM Integration Promotion Committee, bringing the use of IFC to the CIM deliverables. bSI have been vigorously developing standardization for roads and bridge infrastructure, and we are moving toward forming the structure for Japanese officials to participate in this.
In 2013, IFC became an ISO of ISO16739:2013, and are operating software IFC Qualification run by bSI. Recently bSI is debating personal qualifications and education for BIM according to international unified standards, and we are investigating creating texts we can use for gaining skills required for qualification in Japan.
We our thankful for the members’ dedicated work in understanding and supporting our activities.
Currently, the United States Federal Acquisition stations, Army Corps of Engineers, the UK, Norway, Finland, Singapore, Korean governments are making delivery of BIM models mandatory. This trend is spreading throughout the world, and the importance of BIM and CIM will continue to increase. We ask for your support in the future.